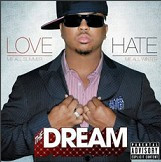 编辑
以下为英文介绍自Wiki：
Terius Nash was born in Rockingham, North Carolina and moved with his mother, Reva Nash, to Atlanta at the age of 3. He played trumpet, drums, and guitar as a child. His mother died in 1992 when Nash was fifteen years old, an event which would inspire him to write songs. He states that the death of his mother gave him a "soft spot" for women, which he credits to his desire to write songs about female empowerment such as Rihanna's "Umbrella". He moved in with his grandfather, a concrete mason who instilled a strong work ethic in young Nash. Of his grandfather, Nash recalls "He came out of a bad time for blacks in the South, but even though we lived in the hood, we had a boat, some cars and a house that was paid for. So I’ve always had a different outlook on life. There’s nothing I can’t do."

编辑
以下为英文介绍自Wiki：
After dating for six months, Nash married his girlfriend Nivea in 2004. Together they had three children, daughter Navy Talia (on May 10, 2005) and twin sons London and Christian (April 19, 2006). Nivea filed for legal separation on December 10, 2007. Nash said that although he was in love with Nivea, his lack of experience in a family growing up meant he was "not taught how much more than love [it takes] to run a relationship. Like, 'cause love isn't just where it's gonna end. It can't start and stop with love. There has to be a certain amount of knowledge and patience that's acquired in order to keep it going and keep it straight, and I found out the hard way." Their divorce was finalized on June 15, 2008.
Nash began dating Christina Milian in early 2009 and she became pregnant. The Daily Mail reported that "the pregnancy was a surprise, but they were getting married regardless." They were engaged in June 2009 and married on September 4, 2009 at the Little White Chapel in Las Vegas. Nash said in an interview that Nivea was still a good friend of his, and that she was also friends with Milian. Five months after their wedding, Nash filed divorce papers in Georgia on February 17, 2010, just nine days before Christina gave birth to their daughter Violet Madison on February 26, 2010. The couple announced their separation on July 12, 2010 after photos surfaced of Nash vacationing with his assistant. Their divorce was finalized on October 23, 2011.

编辑
The Dream
1
DEAR love, for nothing less than thee
Would I have broke this happy dream ;
It was a theme
For reason, much too strong for fantasy.
Therefore thou waked'st me wisely ; yet
My dream thou brokest not, but continued'st it.
Thou art so true that thoughts of thee suffice
To make dreams truths, and fables histories ;
Enter these arms, for since thou thought'st it best,
Not to dream all my dream, let's act the rest.
As lightning, or a taper's light,
Thine eyes, and not thy noise waked me ;
Yet I thought thee
—For thou lovest truth—an angel, at first sight ;
But when I saw thou saw'st my heart,
And knew'st my thoughts beyond an angel's art,
When thou knew'st what I dreamt, when thou knew'st when
Excess of joy would wake me, and camest then,
I must confess, it could not choose but be
Profane, to think thee any thing but thee.
2
Coming and staying show'd thee, thee,
But rising makes me doubt, that now
Thou art not thou.
That love is weak where fear's as strong as he ;
'Tis not all spirit, pure and brave,
If mixture it of fear, shame, honour have ;
Perchance as torches, which must ready be,
Men light and put out, so thou deal'st with me ;
Thou camest to kindle, go'st to come ; then I
Will dream that hope again, but else would die.[1]